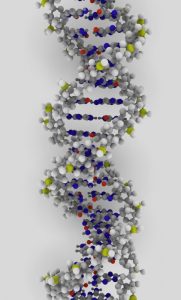 This article is a must read for all of my readers. – Pastor Frank

Findings from the Biological, Psychological, and Social Sciences

Published in The New Atlantis, Fall 2016

A Journal of Technology & Society

This report presents a careful summary and an up-to-date explanation of research — from the biological, psychological, and social sciences — related to sexual orientation and gender identity. It is offered in the hope that such an exposition can contribute to our capacity as physicians, scientists, and citizens to address health issues faced by LGBT populations within our society.

The New Atlantis is published by the Center for the Study of Technology and Society and can be found at http://www.TheNewAtlantis.com.

Lawrence S. Mayer, M.B., M.S., Ph.D. is a scholar in residence in the Department of Psychiatry at the Johns Hopkins University School of Medicine and a professor of statistics and biostatistics at Arizona State University.

He is a biostatistician and epidemiologist who focuses on the design, analysis, and interpretation of experimental and observational data in public health and medicine, particularly when the data are complex in terms of underlying scientific issues.

Mayer studied psychology (pre-med) at Arizona State University and Ohio State University; studied medicine and mathematics at Ohio State University; and trained in medicine and psychiatry in the United Kingdom, obtaining his M.B. (the British equivalent to the American M.D.) in 1970 from the Guy’s Hospital Medical School, although he never practiced medicine (including psychiatry) in the United States or abroad. He earned an M.S. in mathematics from Ohio State in 1969 and a Ph.D. in statistics and biostatistics from Ohio State in 1971. His dissertation was titled “Utilizing Initial Estimates in Estimating the Coefficients in a General Linear Model.”

He has held professorial appointments at eight universities (Princeton, the University of Pennsylvania, Stanford, Arizona State University, Johns Hopkins University Bloomberg School of Public Health and School of Medicine, Ohio State, Virginia Tech, and the University of Michigan), and has also held research faculty appointments at several other institutions (including, from 2014 to 2016, the Mayo Clinic). His full-time and part-time appointments have been in twenty-three disciplines, including statistics, biostatistics, epidemiology, public health, social methodology, psychiatry, mathematics, sociology, political science, economics, and biomedical informatics.

Paul Rodney McHugh is an American psychiatrist, researcher, and educator. He is University Distinguished Professor of Psychiatry at the Johns Hopkins University School of Medicine and the author, co-author, or editor of seven books within his field. He was born in 1931 and educated at Harvard Medical School.

YOUR PEAK LIFE NOW: HOW TO FACE CAREER DECLINE WITH GRACE AND FAITH

https://www.christianitytoday.com/women/2019/july/retirement-peak-life-now-face-career-decline-grace-faith.html?   By: Michelle Van Loon I visited my hometown about a decade after...

MY MOST RELIABLE MINISRY TOOL: KEEPING MY MOUTH SHUT

https://www.christianitytoday.com/pastors/2019/july-web-exclusives/most-reliable-ministry-tool-mouth-shut.html DOING COUNSELING? PLEASE READ! In a world of noise, people need us to...

WIFE OF BELOVED PASTOR WHO COMMITTED SUICIDE SPEAKS OUT

Two articles are included in this blog that every pastor and Chrisian worker would be...

www.startchurch.com/blog/view/name/city-bans-church-from-worshipping-in-coffee-shop? By: Raul Rivera What if a zoning law could keep your church from holding...

THESE BOMBS LED ME TO CHRIST

https://www.christianitytoday.com/ct/2018/may/napalm-girl-kim-phuc-phan-thi-fire-road.html The “Napalm Girl” from a famous Vietnam War photo tells her story of...

A THUNDERSTORM HELPED LAUNCH THE REFORMATION

A series on the 500th anniversary of the Protestant Reformation Martin Luther was the...

4 UNEXPECTED WAYS TO ADDRESS A SUFFERING MARRIAGE; Help for a husband who is just not getting it

www.logicallyfaithful.com/the-case-of-the-non-submissive-wife/ By: Professor Khaldoun A. Sweis, Ph.D. <p”>So my wife and I get into...