THE HEAVENLY FATHER AFFIRMED HIS SON 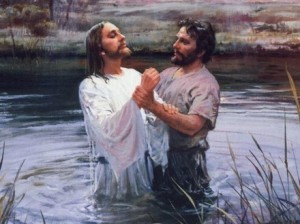 It was a great day for me when I comprehended from the Scriptures the best place to learn fathering is to study our heavenly Father and model after Him. One way this has worked out in my life is learning to give sincere complements.

Children yearn to be affirmed. They want the praise of their dad. It is such a fundamental need a child can be negatively marked for life if abundant father affirmation is lacking. Only one thing is worse than a father who does not look for ways to complement his children, building their self-confidence and self-esteem. It’s if a father continually does just the opposite by routinely berating a child. Many children are flooded as they grow up with insults, sometimes even by well-meaning parents, as they try to motivate their children with negatives:

“You’ll never amount to anything;” or
“You’re no good,” or
“you’ll end up in jail,” and
the tragic list goes on.

Our heavenly Father is our great example in this area of parenting.

King David is the Old Testament prophet who told us God has a Son. He did it with a father’s declaration that was full of excitement and joy: “You are my Son; today I have become your Father” (Psalm 2:7).

Make no mistake. The heavenly Father loves His Son.

I’ve heard the voice of God several times in my spirit, but never audibly. During Jesus’ incarnate ministry, the Father publicly and with audible voice affirmed Him three times.

The first was at Jesus’ Jordan River baptism. “As soon as Jesus was baptized, he went up out of the water. At that moment heaven was opened, and [John the Baptist] saw the Spirit of God descending like a dove and lighting on [Jesus]. And a voice from heaven said, “This is my Son, whom I love; with him I am well pleased” (Matthew 3:16-17).

The Gospel of Mark adds to the scene: “As Jesus was coming up out of the water, [John] saw heaven being torn open and the Spirit descending on him like a dove” (Mark 1:10). We are not told what the ripping phenomenon in the sky was that John saw. But clearly the heavenly Father was excited about claiming Jesus as His Son, while at the same time the Holy Spirit descended on Him and filled Him with “without measure” (John 3:34).

Do your children and grandchildren regularly hear you say something to this effect, “You are my son [or daughter, or grandchild] and I love you. In fact, I’m very proud of you. I believe in your future.”

The second public affirmation came at the transfiguration of Jesus. This time the language of the compliment is a bit different but the impact was the same. “A cloud appeared and enveloped [Jesus, Moses and Elijah as well as Peter, James and John], and a voice came from the cloud: “This is my Son, whom I love. Listen to him!” (Mark 9:7). The Apostle Peter was so affected by this experience he was still talking and writing about some thirty-five years later when he drafted his first epistle (2 Peter 1:16-18).

When your children have grown up, they continue to need the affirmation of their father, sometimes actually to defend them. Do they hear you say something to this effect, “I’m very proud of you, son. So, have the courage of your career. You have something to offer that people need; people will listen to you!”

The third time the heavenly Father publicly affirmed His Son was in the shadow of Jesus’ cross, when some Greeks came to visit Jesus. They went to Philip first, saying to him. “Sir, we would like to see Jesus.” Philip went to tell Andrew; Andrew and Philip in turn told Jesus” (John 12:21-22).

The visit of these Greeks so delighted the Lord He immediately began to prophesy about His pending death and His glorification to follow. He ended the prophecy saying, “What shall I say? ‘Father, save me from this hour?’ No, it was for this very reason I came to this hour. Father, glorify your name!” (John 12:27-28).

The Apostle John tells us what happened next. The voice of the heavenly Father spoke audibly again:  “I have glorified it, and will glorify it again” (John 12:28). The people standing around thought the voice thundered like the voice of an angel. Jesus said the voice was primarily for the sake of the people there listening, including the Greek visitors. But it was also a clear affirmation of God’s Son with His cross just a few days away. The visit of these Greeks was a bold confirmation to Jesus that after His death and resurrection, the gospel would indeed reap a great harvest in the Gentile world. The price He would pay would be worth it. Yes, the voice of the Father was uplifting to Jesus.

When you have a child, even an adult child, and he is facing a crisis in his life, he desperately needs to hear the affirmation of his father: “Son I love you and I believe in you. You have what it takes; you can come through this. And when you do, your ministry (or business or sphere of service), will be greater than ever!

Dad, what kind of affirmation are you giving your children?

If you are not doing this regularly and positively, with the goal to build them up, will you let the example of the heavenly Father teach you?

It’s never too late to start!

By: Frank Tunstall, D. Min. This lesson can be effective for high school and...

LIFE AFTER DEATH? PROVE IT!

By: Frank Tunstall, D. Min. The transfiguration of Jesus is a premier revelation that...

The Full Extent of Jesus’ Love

By: Frank Tunstall, D. Min. Is there a scene in the ministry of Jesus...

By: Frank Tunstall, D. Min. Raw evil has existed ever since Cain murdered his...

By: Frank Tunstall. D. Min. Lazarus was deathly sick, and he was Martha’s and...

Freedom of Worship – Will It Ever Be Lost? Consider Stephen’s Story

By: Frank Tunstall, D. Min. Stephen was a prophet who was full of the...

Who Is This Holy Spirit, and What Is His Power?

By: Frank Tunstall, D. Min. Joseph was a property owner from Cyprus, and a...

AGAPE, THE LOVE OF GOD

“THEY TWO SHALL BE ONE FLESH”

By: Frank Tunstall, D. Min. The institution of the home and the family traces...

THE HOLY SPIRIT AS PROTECTION

“Brothers, What Shall We do?” REPENT

By: Frank Tunstall and Phil Larson Join us as we pray and study...

THE HEAVENLY FATHER AS THE MODEL FOR EARTHLY DADS

By: Frank Tunstall, D. Min. The goal of this study is to choose four...

By: Frank Tunstall and Phil Larson We invite you to join with our brothers...

By: Frank G. Tunstall, D. Min. Philip the deacon was among those expelled from...

www.christianitytoday.com/ct/2019/september/forgive-us-our-medical-debts-rip-churches.html   By: Maria Baer Americans shoulder a lot of debt. When it comes to...

MY TRIBUTE TO THE BABE OF BETHLEHEM

By: Frank Tunstall All was ready; the time had come for the prophecies to...