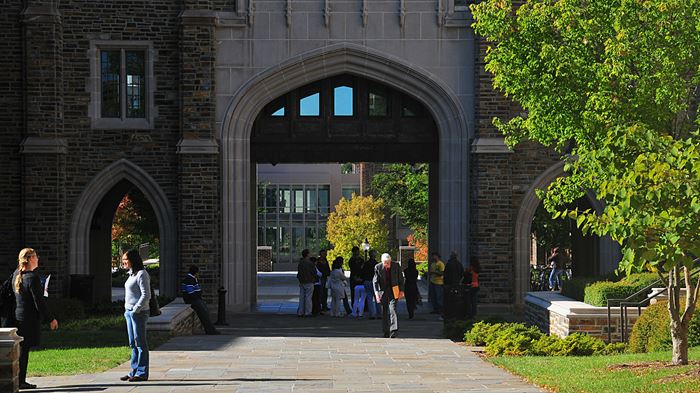 The decision by the Duke Student Government Senate on Wednesday comes amid ongoing clashes nationwide between religious student groups and colleges and universities that have added more robust nondiscrimination policies.

Young Life, like many evangelical groups, regards same-sex relations as sinful. Its policy forbids non-celibate LGBTQ staff and volunteers from holding positions in the organization.

The student newspaper the Duke Chronicle reported Thursday that the student government senate unanimously turned down official recognition for the Young Life chapter, because it appeared to violate a guideline that every Duke student group include a nondiscrimination statement in its constitution.

Young Life, which is based in Colorado Springs, is a 78-year-old organization with a mission to introduce adolescents to Christianity and help them grow in their faith. It has chapters in middle schools, high schools, and colleges in all 50 states and more than 90 countries around the world.

The Young Life policy states: “We do not in any way wish to exclude persons who engage in sexual misconduct or who practice a homosexual lifestyle from being recipients of ministry of God’s grace and mercy as expressed in Jesus Christ. We do, however, believe that such persons are not to serve as staff or volunteers in the mission and work of Young Life.”

Over the past two decades, many colleges and universities have attempted to exclude religious groups because of their positions on sexuality, among them InterVarsity and Business Leaders in Christ.

Greg Jao, senior assistant to the president at InterVarsity, said about 70 colleges and universities have attempted to exclude InterVarsity chapters over the years—in some cases because it bars non-celibate LGBTQ employees, in others because its faith statement more generally violates school nondiscrimination policies.

In most cases, the issues are resolved, but others have ended up in court. InterVarsity is now suing the University of Iowa and Wayne State University.