Home
›Missions›“GERMAN SUBMARINES SANK SHIPS ALL AROUND US”

A fascinating story about missions and God’s providential care. 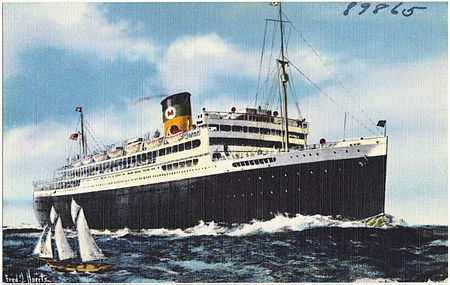 Painting of the Steamship SS Brazil

The Imperial Army of Japan fed the flames of horror in Southeast Asia in the early 1940’s, all the way from the Philippines to the borders of India. Everyone’s number one fear was that Japan would also invade the Indian subcontinent. The threat seemed so very imminent in the summer of 1942.

Marguerite (Parrish) Howard, the daughter of missionaries Marvin and Alma Parrish, was 14-years-old when the order came from the U.S. State Department for all Americans to leave India. She and her sister were in a boarding school for missionary children in Woodstock, in northern India. The school was nestled in the scenic Himalayan Mountains of North India at a picturesque 7,000 feet of elevation. The school existed to give children an American style education. Woodstock was the home away from home for some 500 young people.

As Marguerite tells the story:

“I felt a tremendous responsibility to care for my little sister because we were 900 miles from our parents. Many nights we cried ourselves to sleep because we were so lonesome for dad and mom.

“When World War II broke out we pasted black paper to all the dorm and dining room windows so light wouldn’t shine out in the night. The fear of a Japanese invasion over the Himalayan Mountains was just that real to all of us at Woodstock. Each child had his own survival kit. Contingency plans were made to evacuate all of the students and get us to safety down the treacherous 25-mile mountain road to the city of Dehra Dun. There we could get trains in case India was attacked.

“Of the IPHC missionaries in India at the time, only Emma Yeatts chose not to evacuate.

“The Woodstock administrators sent all of us students to different parts of India to be reunited with our parents. While on the train I remember that a window fell on my finger and bruised it. I lost that fingernail on the way to the states. It’s interesting what a child remembers!

“We met Dad and Mom [Marvin and Alma Parrish] in Bombay, where we were joined by Emma Britton Law. T.H. and Sybil Rousseau were also with them and were visiting from China.

“About 100 missionaries and 150 missionary children from many missionary groups in India boarded the ocean liner. We didn’t know which way the captain would be sailing or any details of the voyage. Everything was a military secret in those dark days of 1942.

“The S.S. Brazil had been stripped of all its luxury liner comforts and was being used as a troop transport ship. The canvas bunks were far from comfortable, but no one complained. We were all very grateful for the concern of our American government to get us to safety.

“I remember we gathered each evening on the deck of the ship for prayer. Hymns of praise to God rang out across the ocean waves as missionaries and their children joined together for these special times of worship. Denominational ties held little meaning on our ship.

“On the long voyage home, German submarines sank ships all around us, and our captain received several SOS messages to pick up survivors. While passing through the Straits of Madagascar, a ship was sunk fifteen minutes in front of us, and another twenty minutes behind us. Danger lurked everywhere, but the grace of God kept us on the high seas.

“After six weeks of such harrowing experiences on the ocean, the S.S. Brazil with its precious cargo pulled into the Hudson River, and the Statue of Liberty appeared on the horizon!” 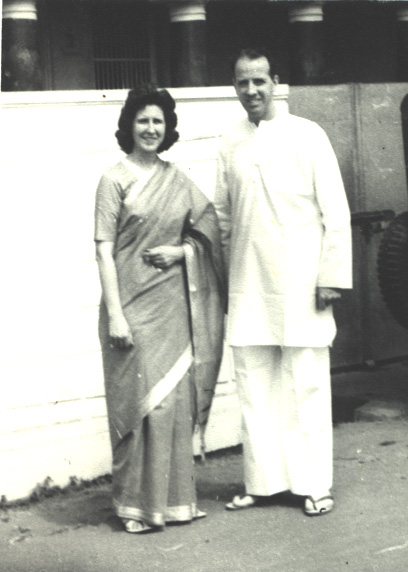 Hobert and Marguerite in India

After the war was over, Marguerite Parrish enrolled at Holmes Bible College in Greenville, SC. There she met a handsome young man named Hobart Howard. Both felt the call of God to become missionaries. After they were married, Hobart and Marguerite boarded a steamer for India for a voyage that took fifty long days on the high seas. They joined the staff in India in 1951 and immediately enrolled in language school. Marguerite was back in India where she had grown up.

The Howards are now retired from World Missions, but even in retirement their love and support for India has continued unabated. To this day they work for the best interests of our IPHC churches on the sub-continent.

The Parrish/Howard family has one of the longest missionary careers in the history of World Missions Ministries. Think about it. From 1926 until today is 91 years of continuous service in IPHC ministry.