Home
›Uncategorized›The Epidemic of Bible Illiteracy in Our Churches 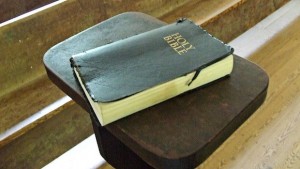 [July 6, 2015]  Not everything will be settled in small groups, which is why I preach through books of the Bible (as we are right now at Grace Church—about two years in Matthew!). However, I think that biblical preaching (which is not just verse-by-verse, but in our case is primarily so) is key, but we also have to help people engage the scriptures in community.

When was the last time you read a book? For almost 1 in 4 of us, it was more than a year ago, according to Pew Research. That’s three times the number who didn’t read a book in 1978. In America, we have a literacy problem. But more concerning to me, we have a biblical literacy problem. Americans, including churchgoers, aren’t reading much of any book, including the Good Book.

Christians claim to believe the Bible is God’s Word. We claim it’s God’s divinely inspired, inerrant message to us. Yet despite this, we aren’t reading it. A recent LifeWay Research study found only 45 percent of those who regularly attend church read the Bible more than once a week. Over 40 percent of the people attending read their Bible occasionally, maybe once or twice a month. Almost 1 in 5 churchgoers say they neverread the Bible—essentially the same number who read it every day.

Small groups are key to combating and changing the epidemic of biblical illiteracy.

Because we don’t read God’s Word, it follows that we don’t know it. To understand the effects, we can look to statistics of another Western country: the United Kingdom. The United Kingdom Bible Society surveyed British children and found many could not identify common Bible stories. When given a list of stories, almost 1 in 3 didn’t choose the Nativity as part of the Bible and over half (59 percent) didn’t know that Jonah being swallowed by the great fish is in the Bible.

British parents didn’t do much better. Around 30 percent of parents don’t know Adam and Eve, David and Goliath, or the Good Samaritan are in the Bible. To make matters worse, 27 percent think Superman is or might be a biblical story. More than 1 in 3 believes the same about Harry Potter. And more than half (54 percent) believe The Hunger Games is or might be a story from the Bible.

But it’s more than simply not knowing stories from Scripture. Our lack of biblical literacy has led to a lack of biblical doctrine. LifeWay Research found that while 67 percent of Americans believe heaven is a real place, 45 percent believe there are many ways to get there—including 1 in 5 evangelical Christians. More than half of evangelicals (59 percent) believe the Holy Spirit is a force and not a personal being—in contrast to the orthodox biblical teaching of the Trinity being three Persons in one God. As a whole, Americans, including many Christians, hold unbiblical views on hell, sin, salvation, Jesus, humanity, and the Bible itself.

There is little excuse for anyone living in Western Civilization, particularly Christians, to not know or read the Bible. Nine out of ten American homes have at least one Bible. The average American—Christian or not—owns at least three Bibles. And technology has put Bibles at our fingertips wherever we are—you can download the Bible for free on your smartphone.

In contrast, most Christians desire to become more mature followers of Christ. LifeWay Research found 90 percent of churchgoers “desire to please and honor Jesus in all I do.” Almost 60 percent agree with the statement, “Throughout the day, I find myself thinking about biblical truths.” It’s striking that while most of us desire to please Jesus, few of us take the time to check the Bible to find out if we are actually doing it. Clearly, there’s a disconnect.

How to Combat this Negative Trend

So how do we get people to pull the Bible off their bookshelves and put it into their lives? The research we’ve done indicates that several factors lead to a higher likelihood of someone engaging the Bible. In this case, we mean they will allow God, through his Word, to lead and change their life. Here are the eight predictors of biblical engagement:

Notice the last factor: Small groups are key to combating and changing the epidemic of biblical illiteracy. Our research shows that as Christians increase their participation in small groups, their Bible engagement scores go up.

As part of the research for Transformational Groups, which I coauthored with Eric Geiger, we surveyed regular group attenders and non-group attenders about their daily spiritual lives—specifically the time they spend outside of church and church-related activities. We found that group attenders were much more likely than non-group members to read their Bible regularly—67 percent compared to only 27 percent. Being involved in a small group made it more than twice as likely a Christian would be regularly reading God’s Word.

On top of that, we found involvement in small groups made Christians more likely to pray for others and confess sins to God—both of which are predictors of biblical engagement. It’s no wonder we concluded quite simply: groups matter.

For growth to occur in the church, people groups must continuously grow and multiply.

As we wrote in the book, “God has supernaturally ordained community to sanctify his people to grow in Christ. A call to discipleship and spiritual maturity is a call to biblical community.” It doesn’t matter what you call small groups within your church community—life groups, Sunday school, discipleship classes, Bible study fellowships—the importance of them remains the same. It’s impossible to make disciples apart from community. Groups might not be the only place transformation happens, but I’m convinced they’re the primary place.

Most pastors agree groups are important to the life of their church, but there’s a disconnect between the stated importance and the reality of what’s happening in most churches. Our research found 92 percent of Protestant pastors believe their people are making significant progress in their spiritual development, but more than half (56 percent) admit they don’t regularly assess their personal growth. In addition, less than half (42 percent) say their churches have a “well-defined” approach to group ministry. Without a clear plan for small groups, your congregation is missing out on God’s tool for transformation and growth.

So what types of small groups do you need in place at your church? While a wide variety of group settings can work, there are particular aspects that lead to life change. Here are four important facets of small groups:

1. Connect: Small groups connect people in relationships. According to William Hendricks in Exit Interviews, one common reason given by people who leave churches is a failure to connect in relationship. In addition, LifeWay Research found 1 in 5 young adults who left church said they did not feel connected to the people at their church. Small groups must provide a comfortable environment for people to connect.

2. Reproduce: In human growth, multiplication allows a cell to become multiple cells, which allows change and growth to occur. Similarly, for growth to occur in the church, people groups must continuously grow and multiply. Small groups must multiply and reproduce so more and more people can experience one.

3. Assimilate: Small groups assimilate members to ministry through service. As people in small groups grow in relationship together, they will readily serve alongside others and integrate into ministry opportunities. Whether the small group serves together or helps group members find ways to serve on their own, small groups should launch people into ministry in and outside the church.

Small groups with these four characteristics connect people in genuine relationships in an environment where the Bible is taught, discussed, valued, and practiced. Having people in a large church gathering is great, but having them also involved in an intimate group setting is better. We must move people beyond merely sitting in rows in pews to sitting in circles in groups. It’s there that people mature in their faith as they respect, appreciate, and hear those in community alongside them. Biblical illiteracy is best combated in those small group circles—whether they meet on Sunday morning in a church classroom or Tuesday night in a living room.

Through groups, people are inspired to read the Bible more, not necessarily because it’s an expected duty, but because they know the joy that comes from connecting personally with God through his Word. Groups matter—especially when it comes to how well we read, know, and live the Bible. 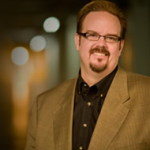 Cited from The Exchange, a blog by Ed Stetzer July 7, 2015. Used by Permission. Ed Stetzer is the president of LifeWay Research. Though associated with the Southern Baptist Convention, LifeWay and Stetzer’s influence have spread well beyond Southern Baptist circles. Stetzer has two master’s degrees and two doctorates, and he is the author of nearly 20 books. He’s also a social media phenomenon with 135,000 Twitter followers. He’s become the go-to guy to learn about trends in the Christian world.