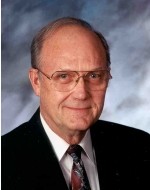 I have known Glen Howard for over forty years. He has served the church at Southwestern Christian University and as a missionary with World Missions Ministries in the Philippines and in Budapest, Hungary. He was living in Eastern Europe in the 1980’s when the Soviet Union started to unravel and when Islam began its ascendance in the modern era.

Glen is very knowledgeable about what is happening in the Middle East today and gives lectures in churches on Israel in prophecy.

I recommend Glen Howard to you and your congregation as a man qualified to teach on how prophecy relates to the rise of modern Israel. The video that is attached will show you the breadth of his command of the subject. Please click on https://www.youtube.com/watch?v=PLtTzEEAC_E.

You can also reach him at GlenHoward@internationalministriesinc.org, or by phone at 405-760-4536. – Pastor Frank

https://www.christianitytoday.com/ct/2020/january-web-only/beth-moore-god-uses-your-mistakes-for-good.html By: Beth Moore Years ago, when the number of attendees at Living Proof...

THE HOLY SPIRIT IN THE INCARNATION OF JESUS

By: Frank Tunstall, D. Min. The Holy Spirit overshadowed the Virgin Mary in a...

THE OLD TESTAMENT IS EMBARRASSING

Here is another look at apologetics, from the pen of Sean McDowell, and it...

THE BIGGEST ISSUE THAT CAUSED ME TO DOUBT MY FAITH

http://seanmcdowell.org/blog/the-biggest-issue-that-caused-me-to-doubt-my-faith This short article by Sean McDowell has brought back memories of when I...

SOVEREIGNTY, FOREKNOWLEDGE, AND FREE WILL

By: Frank G. Tunstall, D. Min. How are we to understand the interaction of...

By: Frank G. Tunstall Over the years I thought about it I guess...

ANSWERING CLAIMS THE BIBLE CONTAINS ERRORS, AND WHY IT MATTERS THAT IT DOESN’T

www.epm.org/blog/2017/Dec/13/claims-bible-contains-errors By Randy Alcorn I’m reminded of what the Huguenots said of the Bible and...

THE TOP 15 QUOTES BY MARTIN LUTHER

http://luther2017.tv/ Released by Billion Souls Network in coordination with the Wittenburg Congress celebrating the...

I WENT TO HELL IN A DREAM

charismamag.com/spirit/supernatural/28155-revivalist-i-went-to-hell-in-a-dream During this night of terror more than 25 years ago, I fell...

“WE HAVE A ‘KINGDOM RESPONSIBILITY’ TO VOTE

Muslim Family Says Jesus Appeared to Them With a Specific Message

By: Frank G. Tunstall “On the third day a wedding took place at Cana...

Even when my wife was unfaithful, I continued to experience the faithful love of...

Passing the Torch in 2016; Why God Chose Abraham

By: Frank Tunstall  It is a striking fact of ancient history that at the...

The Incarnation: Looking Ahead to Christmas

By: Frank G. Tunstall   “My lover is radiant and ruddy, outstanding among ten thousand”...

Why Christianity Is Surging in the Heart of Islam

Devolution Not Evolution — Lesson Three of Three Lessons The cross of Jesus Christ...

By Frank G. Tunstall The cross of Jesus Christ is the supreme example of...